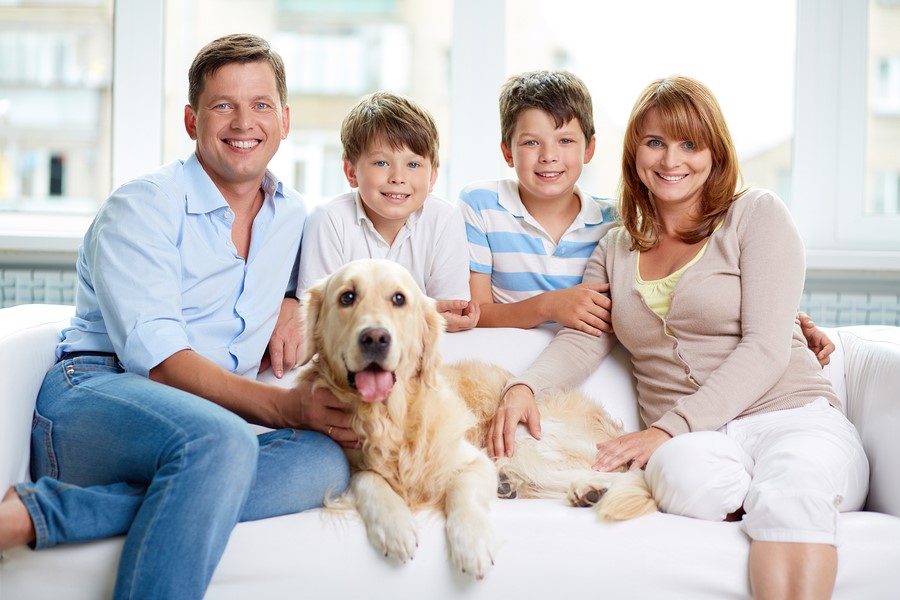 The water-soluble zinc salts gluconate, sulfate, and acetate are commonly used as supplements in tablet or syrup form to prevent zinc deficiency and to treat diarrhea in children in combination with oral rehydration. Zinc citrate is an alternative compound with high zinc content, slightly soluble in water, which has better sensory properties in syrups but no absorption data in humans. We used the double-isotope tracer method with 67Zn and 70Zn to measure zinc absorption from zinc citrate given as supplements containing 10 mg of zinc to 15 healthy adults without food and compared absorption with that from zinc gluconate and zinc oxide (insoluble in water) using a randomized, double-masked, 3-way crossover design. Median (IQR) fractional absorption of zinc from zinc citrate was 61.3% (56.6–71.0) and was not different from that from zinc gluconate with 60.9% (50.6–71.7). Absorption from zinc oxide at 49.9% (40.9–57.7) was significantly lower than from both other supplements (P < 0.01). Three participants had little or no absorption from zinc oxide. We conclude that zinc citrate, given as a supplement without food, is as well absorbed by healthy adults as zinc gluconate and may thus be a useful alternative for preventing zinc deficiency and treating diarrhea. The more insoluble zinc oxide is less well absorbed when given as a supplement without food and may be minimally absorbed by some individuals. This trial was registered at clinicaltrials.gov as NCT01576627.

Zinc is an essential trace element that has a critical role in maintaining structural and catalytic functions of >200 enzymes involved in major metabolic pathways, including nucleic acid metabolism, protein synthesis, and cell division (1). Although it remains difficult to define zinc status, zinc deficiency appears to be common among children in many developing countries, negatively affecting physical growth, immune competence, neural development, and reproductive outcomes, and increasing morbidity and mortality (2). The WHO considers zinc deficiency to be a major contributor to the burden of disease in developing countries, especially in those with a high mortality rate (3). Several factors contribute to the development of zinc deficiency, including increased requirements at certain stages of the life cycle, malabsorption, impaired utilization, and increased losses attributable to repeated diarrhea. However, most often the primary cause of zinc deficiency is inadequate dietary zinc intake and low bioavailability of zinc attributable to the consumption of plant-based diets that are high in phytic acid, thus inhibiting zinc absorption (2).

Zinc is lost in greater quantities during diarrhea, and zinc supplements have been successfully used to treat diarrhea (4). WHO guidelines for the treatment of diarrhea recommend zinc supplementation in combination with oral rehydration salts solution (5). The WHO recommends the use of the water-soluble compounds zinc sulfate (23% zinc), zinc acetate (30% zinc), or zinc gluconate (14% zinc) in the form of syrups or dispersible tablets for diarrhea management in infants (6). However, zinc sulfate and zinc acetate have a strong metallic, bitter, and astringent taste that needs to be masked. Moreover, the low zinc content of zinc gluconate makes this compound more expensive. Of the zinc compounds permitted in the European Union for use as supplements or for food fortification, zinc sulfate (water soluble, zinc content of 23%) and zinc oxide (water insoluble, zinc content of 80%) are the least expensive and most commonly used (2). An alternative zinc compound with promising sensory properties is zinc citrate (Markus Gerhart, Jungbunzlauer Ladenburg, Ladenburg, Germany, personal communication). This compound has a high zinc content of 31%, is slightly soluble in water, is odorless, and has a relatively low cost (2). However, there are no human absorption data to support the use of zinc citrate.

The goal of the present trial was to use the double-isotope tracer ratio (DITR)7 method (11–13) to compare zinc absorption from zinc citrate with zinc gluconate and zinc oxide when these zinc compounds were given as supplements without food. This is recommended to maximize zinc absorption and is usually advised for diarrhea treatment. The used isotope tracer technique included the administration of 2 stable zinc isotopes (1 orally and 1 i.v.), followed by the quantification of the 2 isotopes in 1 spot urine sample.

Fifteen adults were included in this randomized, double-masked, 3-way crossover study. Healthy male and female participants aged 18–45 y, with a BMI of 19–25 kg/m2, who were not vegan, smoking, pregnant, or lactating, were recruited for the study among the students and staff of the Swiss Federal Institute of Technology (ETH) Zurich. Participants were asked to stop the intake of any vitamin/mineral supplements 2 wk before the study start and for the whole study duration. Individuals with any known metabolic, gastrointestinal, or chronic disease and those taking long-term medication (except for contraceptives) were excluded from the study. Eligibility to participate and written informed consent from all participants was obtained at ETH Zurich before the start of the study. The study was conducted at the Clinical Trials Center of the University Hospital Zurich. The study was approved by the Ethics Committee of the Canton of Zurich (KEK Zürich). This trial was registered at clinicaltrials.gov as NCT01576627.

Zinc gluconate, zinc oxide, and zinc citrate were administered as supplements at a dose of 10 mg of zinc each. Each dose consisted of 9 mg of nonlabeled and 1 mg of 67Zn-labeled zinc. The supplements were preweighed at a precision of 0.1 mg on a 4-digit analytical scale (Mettler-Toledo AT200) into gelatin capsules Nr 00 provided by the Cantonal Pharmacy Zurich at ETH Zurich. All test supplements were individually packed into small zip-lock bags and labeled with a number and a color code identifying the compound.

Nonlabeled zinc oxide was provided by Brüggemann Chemical. Isotopically enriched 67ZnO (67Zn-metal: 90.59% enriched) was purchased from Chemgas. The isotopically enriched ZnO powder was premixed at ETH Zurich with the nonlabeled ZnO at a ratio of 1:9 to avoid the imprecise dosage of the small quantity of the isotope. Homogeneity was tested by analyzing isotopic composition of samples taken at different locations of the mixture. From this mixture of nonlabeled and labeled ZnO, the isotopically labeled zinc citrate and zinc gluconate were prepared by Jungbunzlauer Ladenburg in collaboration with Wolfgang Schubert from the Mannheim University of Applied Sciences, Mannhein, Germany. For zinc citrate, anhydrous citric acid (Jungbunzlauer), was dissolved in deionized water and neutralized with stoichiometric amounts of the mixture of nonlabeled and labeled ZnO. Precipitated zinc citrate was filtered and dried at 105°C for 15 h. The procedure was similar for zinc gluconate using glucono-delta-lactone (Jungbunzlauer) and drying the clear zinc gluconate solution by a rotary evaporator at 95°C and 15 mbar vacuum.

Doses for i.v. administration containing 0.2 mg of 70Zn in 9 mL of saline were prepared from 70ZnO (70Zn-metal: 95.4% enriched) in a sterile environment at the Cantonal Pharmacy of the University Hospital Zurich according to Good Manufacturing Practice. The isotopically enriched zinc oxide was converted to ZnCl2 by dissolution in HCl, adjusted to pH 6 by adding NaHCO3 and diluted with physiologic saline. Individual doses of 9.5 g of solution were transferred to glass vials, septum sealed, labeled, sterilized, and checked for sterility and pyrogens.

No consumption of foods or drinks was allowed within the first 3 h after oral and i.v. isotope administration. Thereafter, the participants were allowed to live according to their normal food habits until the evening before the next test supplement administration.

A total of 6 spot urine samples (1 before and 1 96 h after each of the 3 test supplement administrations) were collected from each study participant and were stored at −25°C until analysis. Each urine sample was analyzed in duplicate for its zinc isotopic composition under chemical blank monitoring at the Human Nutrition Laboratory. After concentration by freeze drying, urine samples were mineralized using an HNO3/H2O2 mixture and microwave heating, followed by separation of zinc from the sample matrix by anion-exchange chromatography according to a slightly modified method as described by Pinna et al. (14). The resin (AG 1-X8 Resin, 100–200 mesh, chloride form; Bio-Rad Laboratories) was equilibrated in ultrapure water and packed into polypropylene minicolumns (Spectra/Chrom, 45 μm filter size; Spectrum Chromatography) to a volume of 1 mL. The resin was washed with 15 mL of 2 mol/L NHO3, rinsed with 2 mL of ultrapure water, and conditioned adding first 5 mL of 0.5 mol/L HCl and then 10 mL of 6 mol/L HCl. The digest (in 6 mol/L HCl) was added to the columns and washed with 10 mL of 6 mol/L HCl, 5 mL of 2.5 mol/L HCl, and 15 mL of 0.5 mol/L HCl, and zinc was eluted from columns using 10 mL of 0.005 mol/L HCl. This fraction was collected in Teflon beakers. The eluent was evaporated to dryness, dissolved twice in 2 mL of NHO3, and finally redissolved in 2 mL of 0.05 mol/L HNO3. All acids used for the preparation of samples were ultrapure. All isotopic analysis were performed by ICP-MS using a high-resolution double focusing magnetic sector field multicollector mass spectrometer (Neptune; Thermo Fisher Scientific). 70Zn-to-66Zn and 67Zn-to-66Zn ratios were measured by the bracketing standard method to determine 70Zn and 67Zn enrichment.

Fractional absorption (FA) of zinc was determined and calculated by measuring isotopic enrichment in a spot urine sample (15) after oral and i.v. administration of the stable isotopes from the 3 different zinc supplements according to the method of Friel et al. (11). The effect of the observed zinc contamination throughout the analytical procedure on the correction for residual enrichment in baselines 2 and 3 was found negligible.

All statistical analyses were performed with the per-protocol individuals. Analyses were conducted with SPSS statistical software (version 19; IBM). For the comparison of mean FA of zinc between the different test supplements, the Friedman test followed by post hoc analysis with Wilcoxon’s signed-rank test conducted with a Bonferroni’s correction was used. Results are presented as medians (IQRs). Study participants’ characteristics (anthropometry, PZn, CRP) are reported as means ± SDs or geometric means (ranges). Significance was set at P < 0.05.

Fifteen eligible individuals were required for the study to allow the detection of a 40% difference in FA of zinc between the compounds, with 80% power at a level of significance of 0.05, taking into account a 20% dropout rate. Sample size calculation was based on the pooled results of 5 previous zinc absorption studies done at the Human Nutrition Laboratory (SD of the log-transformed differences between pairs = 0.20).